Coming as no surprise, Deal didn’t exactly cause a big sensation during its theatrical release. The poker-themed flick peaked at 51 locations, which only led to a $61,626 (yes, you read that correctly) gross domestically. It should be said though that a film of this quality is almost tailor made to join the straight-to-DVD populace. 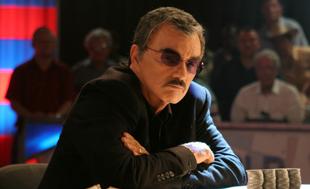 Frankly speaking, the movie itself is a bore that shakily transitions from awful to forgettable and back again. While filming itself took place in midst of the “poker boom” of the mid 2000’s, the craze itself has worn off substantially, leaving such a blatant attempt at cashing in on a fad drawing dead. Any filmgoer that has picked up a deck of cards at some time during their life will likely be offended by the overtly simplistic way in which success at the table is depicted here. Not even Shannon Elizabeth’s surprisingly un-sexy role as a call girl could save this dreck.