A film like this could never be a box office sensation. It's too different, too subtle, too good. Still, it managed to gross $12.7 million when all was said and done - a respectable total giving that it only peaked at 391 screens. 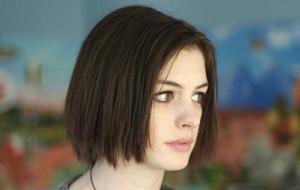 Celebratory, genuine, and exceedingly liberal, Jonathan Demme's latest is not only the return to form for an often-lauded director (let's forget his Manchurian Candidate remake, please) but a stamp of filmic individuality. Unlike many other releases from last year, Rachel Getting Married is unique and touching - in a word, it's real. It has all the elements of a standard film - character arc, identifiable narrative, conflict, resolution, et cetera - though there's little reward in dwelling on them. The film works best as an experience, an immersion. There's fervor to it. The tale is built on layers, ostensibly straightforward but packed to the brim with subtleties and ideas.

Of course, much ado has been made over the performance of Anne Hathaway, and rightfully so. Her portrayal of Kym, sister to the titular bride, is a realized one. After a stint in rehab, Kym must come to terms with change, a prospect that frightens all of us, though rarely do we deal with ones this affecting. Her environment changes, as do the people around her, the way she's perceived as a person, and the structure of her family. Her return home is not what she was familiar with growing up. The house is now alive, full of family members, guests, and musicians. Everyone seems to have their place in the festivities and all are building, together or independently, towards the ceremony. The film works in a similar way - we are given these slice-of-life elements that may seem trivial as singularities, yet their sum is something great. Demme's direction is largely responsible for this, as is Jenny Lumet's exemplary screenplay. Shooting with handheld digital cameras, the film's aesthetic takes on a home video feel. It can feel awkward at first but meshes well with the picture's themes. Inside Demme's frame we see the intricacies of interaction. Scenes plod on, but necessarily so. It's in these extended looks that Rachel's genuineness builds. Furthermore, it's the composition of these scenes that communicate many of the film's budding themes. It's said that God is in the details, and it holds true here. A uniformed, on leave soldier, relative to the groom, is acknowledged but never speaks. He stands there, silently smiling, holding a video camera, taking it all in. It's not a stretch to say this movement offers commentary on our conflict in Iraq. The movie is filled with such motifs, along with characters and actions, all of which project thoughts from the political to the artisan. You just have to know where to look.

Because of the film's look, it comes as no surprise that Rachel Getting Married doesn't exhibit the full capabilities of 1080p resolution, though it's certainly a competent transfer given the source. For this, I'm glad. While polishing the aesthetic by removing grain and smoothing out the imperfections might appeal to some, it would do an injustice to the picture itself. Common indicators of detail, such as faces, skin tones, and focal depth are all handled suitably, proportionate to the feel Demme aimed for. I'd argue that the upgrade behooves audio tracks more, as it brings out the minutia of parties - clinging glasses and whispering patrons are all crystal clear. Overall, I'd say the people at Sony did an adequate job here. Nothing about the transfer stands out as exemplary but I believe that's the point. They deliver the movie as its intended to be seen, which is really what the format is all about.