The shrieking, stringed score of Alfred Hitchcock’s most haunting cinematic vision, Psycho, remains a hallmark of a genre and an ever-endearing reminder of how important this movement is to American film. The rest of the film is pretty good too. Adapting Robert Bloch’s novel, screenwriter Joseph Stefano, along with Hitch himself, created an anti-Hollywood thesis that placed chilling its audience as its head objective, critics and conventions be damned. 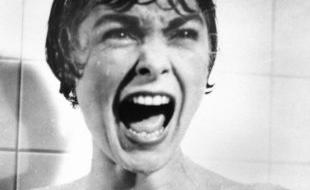 Where the film succeeds most is in its allowing the audience to paint what goes on off screen, only to reveal something far more devastating than they had even imagined. Is this manipulation? To be sure, however it’s not a petty play on emotions, which have become far too commonplace these days but instead, a manipulation of expectations. Much like his protagonists, Hitchcock’s audience are funneled via narrative into a place where normality is obsolete and even the most imaginative prognosticator comes out flawed. ‘Twas the aim of “The Master” to render such a feat and it’s an accomplishment as relevantly thrilling as anything produced today.

A noticeably improved, more aesthetic case well reflects the tone of the film itself. Unfortunately, the same cannot be said for the menus which would serve the film better if they weren’t so gaudy and loud. The array of moving images on the title page looks tacky and takes away from one of the film’s strong suits: the ability to create mood. It also could be easier to navigate had the chapters of bonus features been organized more like the feature film itself. Based on the look of the packaging I had expected a more subtle, applicable effort from Universal here.

This output boasts several seemingly interesting special features, some of which deliver the goods while others feel a bit stale. While it is rehashed from prior releases, the “Making of” documentary is certainly an interesting and involved look into how the film came together. While it did not divulge quite as many cinematic secrets as I would have liked, it is certainly an informative piece. Fortunately, such details are present in the form of interview excerpts between our director and French great Francois Truffaut. Here exists a playful dialogue between two masters of craft that truly satisfies. Other, more interesting bonuses include “In The Master’s Shadow,” a collective look at the influences of Hitchcock on modern cinema, as well as an episode of “Alfred Hitchcock Presents.”

A good amount of thought went into this release and it delivers for fans. My only qualm lies in the menus, which is pretty minor. While I can’t 100% recommend those who already own Psycho to double-dip, I can say confidently that newfound owners of the film will certainly find this to be a gem.