X-Men Origins: Wolverine and Ghosts of Girlfriends Past will kick off the summer movie season. 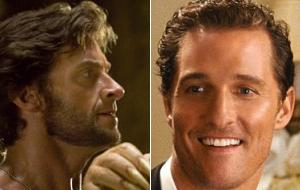 With the help of a mutant superhero and a womanizing photographer, 2009 will begin its summer movie season.

Early online sales for Wolverine are strong. As of 4 p.m. PT on Thursday, Fandango.com reported that the action flick accounted for 83% of the day's sales, while MovieTickets.com reported that as of 3 p.m.. PT the daily sales had reached 73%. In addition, both sites are reporting that Wolverine is outpacing Iron Man, last year's first summer blockbuster, at the same point in the sales cycle. Of course, Wolverine is part of an established franchise, which is an advantage that lends itself well to advance sales. Iron Man was able to rake in $102 million during its debut frame last year, which is a plateau Wolverine probably will not reach.

Even after Wolverine grabs a sizable chunk of the box office this weekend, there will still be room for Ghosts of Girlfriends Past to post modest numbers. Girlfriends will serve as a nice alternative for audiences that aren't amused by the usual summer material. Plus, Matthew McConaughey has proven to be a very solid draw when it comes to romantic comedies. In February 2008, McConaughey starred opposite Kate Hudson in Fool's Gold, which grossed $70.2 million domestically after opening with $21.6 million.

Lionsgate will step into the world of 3D animation this weekend with Battle for Terra. Unfortunately, the sci-fi flick has no shot at making any real money during its debut frame because it will be competing for the same audiences as Wolverine, and it's only opening at 1,160 locations. Expect Terra to finish outside of the top 10 with around $2 million.

Among holdovers, Obsessed will lose around 50% of its audience during its sophomore frame. The stalker flick is on pace to grab around $65 million domestically before the summer rush forces it out of theatres. Meanwhile, Obsessed, Earth, 17 Again, The Soloist and Fighting will have to struggle against each other to stay in the top five.