The Time Traveler's Wife and The Goods: Live Hard, Sell Hard will both enter the summer frame this August. 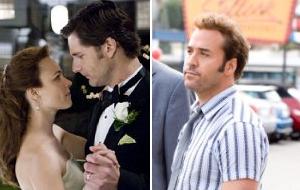 During the second weekend of August moviegoers will have a wide selection of movies to chose from. The Goods: Live Hard, Sell Hard, The Time Traveler's Wife and District 9 will all try to shake the stigma that August is a dumping ground for lesser films.

After watching his stock rise considerably thanks to his scene stealing role as Ari Gold in HBO's Entourage, Jeremy Piven will now try to carry a film in the lead role with Goods. Luckily, he's backed by a solid supporting cast that includes Ving Rhames, James Brolin and Ed Helms, whose popularity has drastically increased thanks to his turn in The Hangover.

Goods will benefit from the fact that it's being released just as the new season of Entourage is airing. Piven will no doubt be making the promotional rounds to promote both.

Rachel McAdams and Eric Bana lead The Time Traveler's Wife, which will look to tap into date crowds. Both McAdams and Bana have failed to establish themselves as box office draws in their own right, but Time Traveler's Wife could represent a minor step in that direction. The fact that it is based on a best-selling novel will certainly help, and the high-concept premise could entice curious moviegoers.

District 9 is a movie that will need to rely on positive word of mouth and moviegoers that are willing to take a chance. The trailers for the film are certainly unconventional, and the District 9 's take on sci-fi seems much more like a documentary than Star Trek.

Check out our predictions for all of these films and others in the table below.