Halloween 2 and The Final Destination will try to end the summer on a strong note. 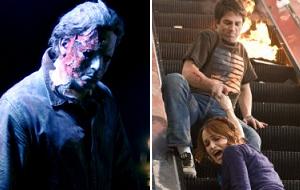 Horror fans will have plenty to look forward to during the last weekend of August. As the summer comes to an end, a pair of fright flicks will make their way to the multiplexes in the hopes of grabbing some lucrative summer box office.

Director Rob Zombie will continue his resurrection of the Halloween franchise with Halloween 2. Zombie brought the popular horror series back to life in a big way in 2007 with a reboot that grossed an impressive $30.6 million domestically during its opening frame before finishing its theatrical run at close to $60 million. Recently, the Michael Bay-produced version of Friday the 13th opened with $43.6 million domestically before running out of steam quickly and finishing with a still respectable $65 million. Horror films are always front-loaded, so that comes as little surprise. After a summer full of fighting robots, wizards and space captains, audiences should be ready for a good scare.

The Final Destination, a fourth installment in a consistently strong franchise, will also be competing for the attention of horror enthusiasts. The fact that Destination will be played in 3D is not only going to help it entice moviegoers who may have grown tired of the series, but it will also pad the film's gross thanks to the extra price of 3D tickets.

Check out our box office predictions for both films in the table below.