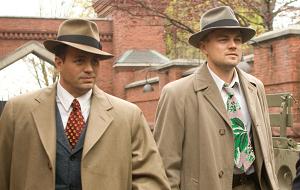 This week, we've added Shutter Island to our Anticipation Index. Shutter marks the fourth collaboration between Martin Scrosese and Leonardo DiCaprio, and it has certainly been a critically and financially successful relationship. 2006's The Departed grossed $134 million and it won the Oscars for Best Picture and Best Director, among others. The Aviator was also able to cross the $100 million mark in 2004, while Gangs of New York posted a somewhat underwhelming $77.7 million in 2002—$96.2 when adjusted for inflation.

Shutter will appeal to the same base that supported the previous Scorsese/DiCaprio efforts, but with its story of a dangerous mental hospital it will bring in horror junkies and expand its reach in the process. Check out our prediction for Shutter Island in the table below.

It's also worth nothing that the first weekend of October will see the re-release of Toy Story and Toy Story 2 in 3D. Disney is billing the double-feature as a limited engagement, but if a rush of nostalgia results in positive box office returns then the engagement could be extended. Also expanding that weekend is Capitalism: A Love Story, the latest documentary from Michael Moore. Overture is releasing Capitalism, and while it won't be as big as Fahrenheit 9/11 was, dealing with the struggling economy should help the doc cross over into the mainstream.