Weekly Anticipation Index: 'Where the Wild Things Are,' 'The Road' and 'Law Abiding Citizen'

Where the Wild Things Are will try to silence all the negative buzz that has plagued it when it opens this October. 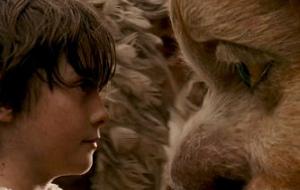 After a series of bad production reports and release date changes, Spike Jonze's adaptation of Where the Wild Things Are will finally hit theaters on October 16. The Road and Law Abiding Citizen are also slated to open that same weekend.

Wild Things Are represents a big gamble for Warner Bros., but after the successful summer they've had with The Hangover and Harry Potter and the Half-Blood Prince the studio won't be hurt as bad if Jonze's film doesn't perform that well theatrically. The fact that the project is based on an established property means that it's bound to open strong. Yet Wild Things Are reportedly has a dark tone, and that may turn off family audiences in the long run.

The Road is also based on a book—by Cormac McCarthy ( No Country for Old Men —and it has been the victim of release date changes as well. The apocalyptic plot may be too bleak for moviegoers seeking escapism. Luckily, star Viggo Mortensen has developed a solid following thanks to his performances in Lord of the Rings and A History Violence, which will help.

As for Law Abiding Citizen, the combination of Gerard Butler and Jamie Foxx should guarantee a respectable debut. LAC also boasts minor similarities to Taken, the Liam Neeson vehicle that became a worldwide hit.

Check out our predictions for those film as well as others in the table below.