Saw VI and Amelia are two of the biggest films that will be landing in theaters this October. 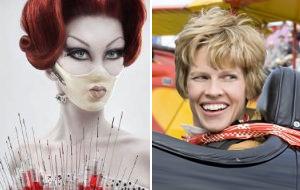 The Saw franchise is now very much a Halloween tradition for moviegoers. While the cumulative grosses have been waning with each film, the opening weekends are consistently strong. Saw V grabbed $30 million during its opening frame before finishing with $56.7 million domestically. Saw III is still the most successful film of the series with a $33 million opening and a $80.2 million domestic cume. Even though the latest installment will probably fit into the downward trend, it should post very respectable numbers.

Amelia, which stars Hilary Swank as the famous lost aviator Amelia Earhart, is one of the first major prestige pics of the fall. Keeping that mind, adult audiences looking to keep up with all the Oscar buzz will definitely show up.

Astro Boy and Cirque du Freak will have to battle for the attention of family audiences.