Horror enthusiasts chose Paranormal Activity over Saw VI this weekend in the battle of the horror films. 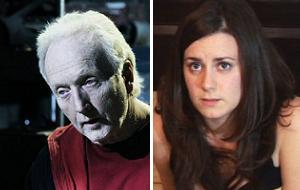 Saturday Morning Update (8:33 a.m. PT): It looks as though Paranormal Activity will emerge victorious over Saw IV this weekend. Meanwhile, Cirque du Freak: The Vampire's Assistant, Astro Boy and Amelia are all on pace for underwhelming debut hauls. Check out the full report here .

Thursday Afternoon Update (4:47 p.m. PT): It's still shaping up to be a close race between Saw VI and Paranormal Activity.

As for Paranormal Activity, it represents 10 percent on Fandango.com and it falls outside of the top five daily sellers on MovieTickets.com.

The weekend's other new wide releases, Astro Boy and Cirque du Freak: The Vampire's Assistant, have failed to make a dent in the world of online sales.

Wednesday Afternoon Update (5:32 p.m. PT): This weekend, moviegoers looking for a thrill will have to chose between Saw VI and Paranormal Activity. Meanwhile, Cirque du Freak: The Vampire's Assistant and Astro Boy will compete for the attention of young males. Not to be forgotten, Amelia should appeal to adult audiences who are ready to start digesting prestige pics during the fall season.

By now, Lionsgate's Saw films have become a Halloween tradition. And while the cumulative grosses have declined with each passing film, Saw III, Saw IV and Saw V all opened with more than $30 million. Unfortunately for Lionsgate, Paranormal Activity is going to take a sizable chunk out of the sixth installment's audience, so a $30 million opening weekend is unlikely.

As of 4 p.m. PT, Saw VI is responsible for six percent of daily sales on MovieTickets.com and four percent on Fandango.com. Those numbers should increase as the weekend draws near.

Expect Saw VI to open with around $25 million during its opening weekend. It will mark a decline in the series for sure, but there is potential for improvement since the seventh installment is going to be in 3D.

Paramount will be expanding Paranormal Activity to nearly 2,000 locations from 760 last weekend. The thriller has been pushed forward by positive word of mouth, and it's bound to do more damage at the box office this weekend.

Expect the Paramount release to grab around $23 million during its fifth weekend of release.

“Given that there’s just a week left until Halloween, this weekend is driven by horror—and is also looking to be enormously competitive," says John Singh, a spokesperson for Flixster. " Paranormal Activity is maintaining great momentum at Flixster, with overall pageviews up another 36% this week. But that doesn’t mean it’s not facing some real competition. Saw VI is looking very strong, particulary—and not surprisingly—with under-25 males, and its Flixster activity grew by 136% this week, so there’s definitely growing interest."

Summit will release Astro Boy to around 3,000 locations. Since Where the Wild Things Are turned out to be too meditative and slow for family audiences, Astro Boy should be able to step into that niche with ease this weekend. While it isn't in 3D, the animation is sharp and creative. Expect Astro Boy to grab around $15 million during its debut frame.

Cirque du Freak: The Vampire's Assistant looks as though it will mark another disappointment for Universal. The film's PG-13 rating will keep away family audiences, and aiming a project directly at teenagers doesn't necessarily guarantee success. Universal learned that the hard way this summer with the failure of Land of the Lost. Cirque du Freak could grab around $9 million this weekend from more than 2,750 locations this weekend.

Fox Searchlight is debuting Amelia at 800 locations. With a strong ensemble and a familiar story, the prestige flick is bound to post solid numbers. Expect the biopic to open with about $5 million.

Where the Wild Things Are should lose at least 50 percent of its audience during its sophomore frame. The Warner Bros. release has not fared well this week, considering that both Law Abiding Citizen and Paranormal Activity were able to perform better on Tuesday.