Miramax's Everybody's Fine, which hits theaters this December, boasts one of this fall's most impressive casts. 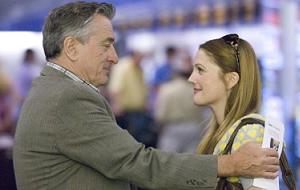 Everybody's Fine features an all-star ensemble cast led by Robert De Niro. The veteran thesp plays a widower who sets out on a journey to reconnect with his three grown children who are played by Drew Barrymore, Kate Beckinsale and Sam Rockwell. Everybody's Fine could turn out to be exactly the kind of fall release that adults flock to.

Action enthusiasts who are looking to get away from the rush of overly-serious Oscar contenders will flock to Armored. While star Laurence Fishburne and Matt Dillon aren't exactly huge box office draws, the Screen Gems release should find a respectable audience.

As for Brothers, Tobey Maguire, Jake Gyllenhaal and Natalie Portman will try to make a story that centers around the war in Afghanistan accessible to mainstream audiences. audiences. A young cast couldn't turn Stop-Loss, which centered around Iraq, into a box office hit, so Maguire, Gyllenhaal and Portman are facing an uphill battle.