Dwayne Johnson will once again try to tap into the lucrative world of family films with The Tooth Fairy. 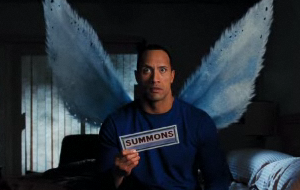 This week, we've added three new films to the Anticipation Index. The Tooth Fairy, Legion and Extraordinary Measures all open on January 22.

With films such as The Game Plan, Get Smart and Race to Witch Mountain, Dwayne Johnson has established a reliable presence at the box office. The Tooth Fairy will try to grab the attention of family audiences in the same way that those films have. The project marks the actor's first collaboration with 20th Century Fox after working with Disney on Game Plan and Witch Mountain and Warner Bros. on Get Smart. Johnson's drawing power is bound to run out of steam eventually, but it probably won't happen with Tooth Fairy.

Legion will try to capture at least a fraction of the audience that lined up to see The Da Vinci Code and Angels & Demons. Religion-themed thrillers tend to be hit and miss, so Screen Gems will have to make sure that Legion can also appeal to action fans in general.

Extraordinary Measures will mark the first theatrical release of CBS Films. As a result, the media giant will surely give it a strong marketing push in order to make sure that they start their distribution company off on the right foot. While stars Harrison Ford and Brendan Fraser are not the major draws that they once were, seeing them together should earn a significant amount of trust from moviegoers.