This week, we've added Date Night and The Losers to our Anticipation Index. Both films are set to hit theaters on April 9. 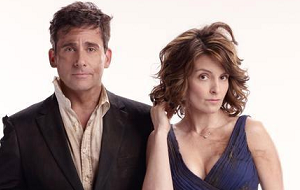 Date Night boasts one of the most dynamic pairings of any 2010 release. Steve Carell and Tina Fey are at the top of their games. After finding success on the small screen, both thesps are snagging more and more film roles and their fans are following them. Date Night also has an incredibly strong supporting cast that includes Mark Wahlberg, James Franco, Mila Kunis, Kristen Wiig and Mark Ruffalo. The 20th Century Fox release is one of 2010's surest things.

While the cast of The Losers is not nearly as strong as Date Night's, it does come with a built-in audience thanks to the graphic novel on which it's based. The Warner Bros. release should manage to find a sweet spot among the same moviegoers that lined up for Watchmen and the two Hellboy films.

Check out our predictions for Date Night and The Losers as well as other films in the table below.