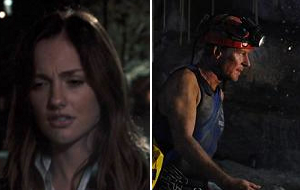 This week, we've added two new films to the Long Range Forecast. Both The Roommate and Sanctum open on February 4.

The Roommate is exactly the kind of thriller that Screen Gems excels at finding an audience for. With all the awards talk that'll be happening in February, The Roommate will come as a welcome alternative for mainstream audiences looking to find a break from serious dramas.

Even though James Cameron didn't direct Sanctum, his role as a producer will help entice a healthy share of patrons. Cameron's on fire after the massive success of Avatar, and few directors have earned more trust from the paying public.

Check out our predictions for both films as well as others in the table below.