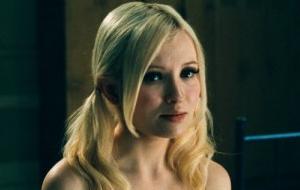 This week, we've added two new films to our Long Range Forecast. Sucker Punch and Diary of a Wimpy Kid 2: Rodrick Rules are set to hit theaters on March 25.

After a financially unsuccessful detour into animated territory with Legend of the Guardians: The Owls of Ga'Hoole, director Zack Snyder (300, Watchmen) returns with a gritty, stylized action film in the form of Sucker Punch. The Warner Bros. release is led by a predominantly female cast, which means that it could have more of an appeal outside of the "fanboy" set. Angelina Jolie has recently shown that women are more than capable of opening an action film.

Diary of a Wimpy Kid 2: Rodrick Rules represents an easy choice for families, but the fact that it is aimed predominantly at young males will stop the latest installment in the franchise from reaching true blockbuster status.