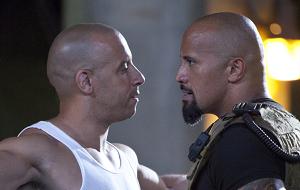 This week, we've added three new films to our Long Range Forecast. Fast Five, Hoodwinked Too! Hood vs. Evil and Prom are all set to open on April 29.

Fast Five is bound to post Summer-style numbers a week before the official start of the Summer season. The addition of Dwayne Johnson to the series will provide a nice boost to a franchise that has already has its second wind.

Hoodwinked Too! Hood vs. Evil comes five years after the original, so there won't be a lot of brand loyalty. Still, the Weinstein Company is on a roll and they're bound to put a lot of marketing muscle behind it. Expect modest numbers.

Prom will try to prove that a high-concept premise can open a movie without big stars. The main problem is that Prom's teenage audience may be saving their cash for all the summer blockbusters.