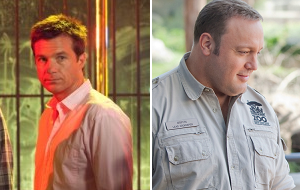 Zookeeper star Kevin James has a solid track record when it comes to films aimed at families: Paul Blart was a $120 million domestic hit, and Grown Ups brought in $162 million. As a result, expectations will be high for Zookeeper—anything less than $100 million domestically will be seen as a disappointment. Echoes of the Night at the Museum franchise will also fan the flames. This one sounds like a no-brainer, and reaching $100 million shouldn't be an issue.

Horrible Bosses could turn into one of the summer's biggest sleeper hits. The cast is excellent, and it has a great high-concept premise. Stars Jason Bateman, Charlie Day and Jason Sudeikis are all on the cusp of becoming bigger draws and this could be the film that does it for them. Supporting turns from Kevin Spacey, Jamie Foxx and Jennifer Aniston are a serious asset. We're staying cautiously optimistic about this one for now, but keep an eye on it.