Long Range Forecast: 'Footloose,' 'The Thing' and 'The Big Year' 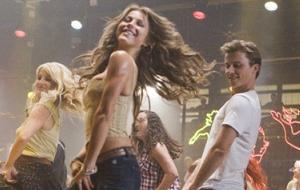 We've added Footloose, The Thing and The Big Year to the Long Range Forecast this week. All three films are set to open on October 14.

Footloose will try to reverse the downward trend that dance-heavy films have experienced lately—Step Up 3D managed only $42.4 million after its predecessor took in $58 million. While Footloose is aiming for the same teenage audience that came out for the Step Up movies, it should also be able to rope in a fair amount of adult moviegoers who have fond memories of the original. Expect this one to be a respectable mid-level hit.

The Thing is aiming to become a successful horror remake—not an easy task. If horror junkies are bored with the rush of weighty drama that begin to invade theaters starting in October, then The Thing could turn into a solid counter-programming hit.

The Big Year boasts a strong comedic union of Owen Wilson, Jack Black and Steve Martin. Both Wilson and Black are coming off of mainstream duds: Hall Pass and Gulliver's Travels, respectively. Yet even if Wilson and Black were still at the height of their drawing power, The Big Year wouldn't exactly come across as a sure thing. It's hard to imagine people lining up around the block for a comedy about bird watchers.