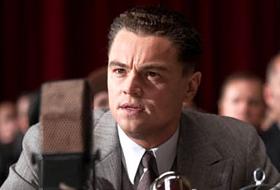 We've added Jack and Jill, Immortals and J. Edgar to our Long Range Forecast this week. All three films are set to open on November 11.

Jack and Jill may have one of the most groan-inducing trailers of the year, but a high-concept Adam Sandler comedy is as close to a safe bet as their is in Hollywood right now. Sure, Sandler has stumbled in the past—Little Nicky, anyone?—but even his stumbles manage to rake in a decent chunk of change. Jack and Jill won't be Sandler's biggest film, but it will be a perfectly viable option for families looking to laugh.

Immortals looks to capitalize on the same enthusiasm for ancient tales that turned 300 into a surprise hit way back in 2006. The lack of a truly powerful cast—Mickey Rourke and Frida Pinto aren't exactly established draws—could hurt the film during a fall full of star vehicles. It also doesn't help that Immortals seems to be mimicking 300 just a little too much. Expectations are relatively modest for now.

J. Edgar is the very definition of Oscar bait. Early buzz indicates that star Leonardo DiCaprio is basically a lock for a Best Actor nomination, and the film is being tossed around as a Best Picture contender even though not even an official trailer has been released yet. Director Clint Eastwood's films tend to skew older, so expect a relatively soft opening followed by weeks of solid grosses.