Get out of the water—it's safer on land with our Shark Night 3D issue of Boxoffice Weekly. Director David R. Ellis, a surfer himself, talks about why he ain't afraid of no sharks (but he empathizes, kinda, with those who are) and understand why stars Sara Paxton and Dustin Mulligan claim they were truly in fear for their lives when animatronic shark designer Walt Conti takes us step by step of making a 1000 pound shark-shaped killing machine that actually swims and bites.

Sam Worthington, Jessica Chastain and director John Madden give us the scoop on shooting their Cold War thriller The Debt, and Worthington gets sidelined when fight choreographer Peter Pedrero shows us how he schooled the Avatar star in Krav Maga—and why he thinks his Debt co-star would take Worthington in a fight.

Also inside: rules for Zack Snyder as he selects his soundtrack for Man of Steel, who would win if Stephen King battled J.K. Rowling, which beast should be the next animal attack badass, Alonso Duralde's Final Grade for Colombiana's marketing might, and a real-life realtor's Expert Opinion on how he'd sell Don't Be Afraid of the Dark's haunted mansion (hint: deny the ghosts and you run afoul of the Realtors' Code of Ethics). Plus reviews of every flick in theaters this week (from 3,000 screens to just three) and an interactive tour of the science behind Boxoffice's patented movie opinion tracking, The Pulse. Click here to check it out on iTunes.

Take a look inside at our cover, our Man of Steel soundtrack rules, The Pulse, our Peter Pedrero interview and Final Grade: 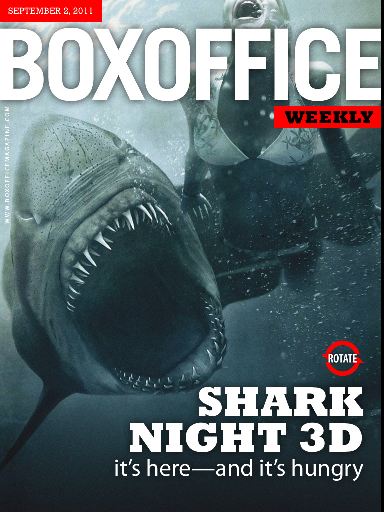 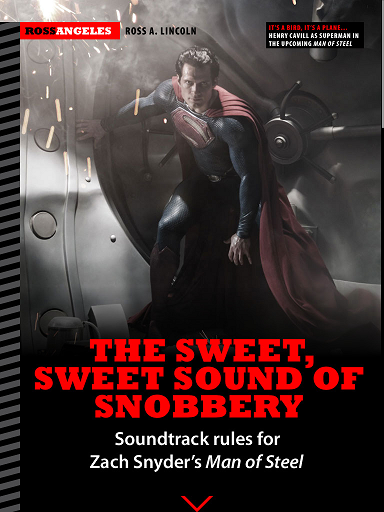 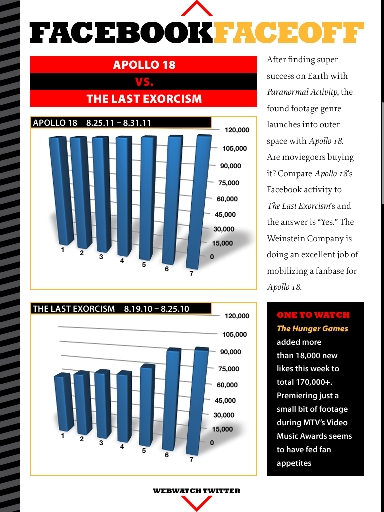 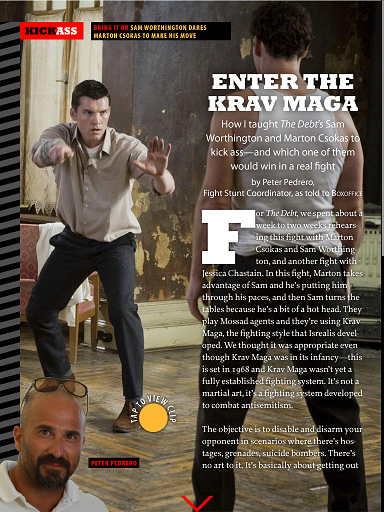 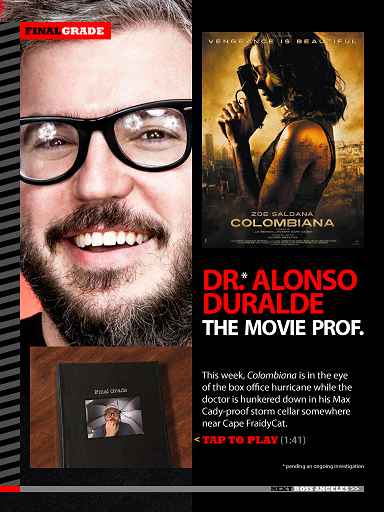