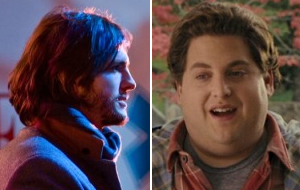 We've added New Year's Eve and The Sitter to our Long Range Forecast this week. Both films are scheduled to open on December 9.

Director Garry Marshall discovered a can't-miss concept with 2010's Valentine's Day: gather a bunch of movie stars and release an ensemble comedy named after a holiday. Marshall is hoping to repeat that with New Year's Eve, a new flick that boasts much of the same cast as Valentine's Day. A successful theatrical gross is likely, even though the film's release date means it will start relatively slow before picking up more steam closer to the its namesake holiday.

The Sitter will have to rely solely on Jonah Hill's drawing power, and that's not a strong enough asset. Hill can steal scenes like a pro in supporting or co-starring roles, but he's yet to prove himself as a star on his own terms. Based on early online reactions, its quite clear that The Sitter is not going to be the film that turns him into a reliable leading man.