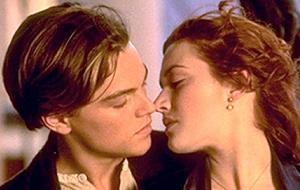 There's no stopping Titanic director James Cameron at the box office. Even though millions of people already own Titanic, you can bet that they'll show up to catch the Oscar-winning film at multiplexes. Activity levels on Titanic's official Facebook page indicate that interest is high--on most days the pages adds more likes than The Dark Knight Rises, The Twilight Saga and The Hunger Games combined.

After cashing in on a string of lousy, straight-to-DVD titles, the American Pie franchise returns to theaters. Expect this latest installment to be welcomed back with open arms by a generation that grew up relating to Jim, Oz, Finch, Kevin and Stiffler.

The Cold Light of Day looks like the kind of by-the-numbers action flick that gets overshadowed during its opening weekend and then makes a quit exit from theaters.