Long Range Forecast: 'Wrath of the Titans' and 'Mirror Mirror' 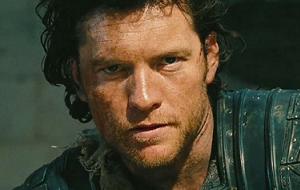 We've added Wrath of the Titans and Mirror Mirror to the Long Range Forecast this week. Both films are scheduled to open on March 30.

After the recent disappointing performance of Man on a Ledge, Sam Worthington returns to comfortable ground with Wrath of the Titans. Clash of the Titans, Wrath's predecessor, managed a colossal $493 million worldwide haul in 2010, so expectations are going to be high for this sequel. We're betting that Wrath won't be quite as successful as Clash domestically for one main reason: it will have to compete with The Hunger Games (3.23.12), a film that is poised to break out in a major way.

Mirror Mirror recently moved from a February release date to a March release date. The Relativity release will serve as a nice bit of counter-programming to Wrath of the Titans, but expectations are still modest. Mirror Mirror is losing the Facebook/Twitter battle to Snow White and the Huntsman, a moodier take on the Snow White tale that is set to open in June.