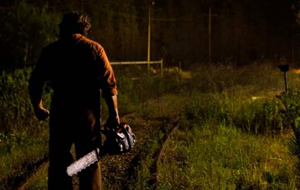 Kicking off our Long Range Forecast for 2013 is a single new release. While things could change between now and then, the only film currently scheduled to open wide on January 4, 2013 is Texas Chainsaw 3D.

- Early January is historically a good time of year to release horror films.
- Lionsgate has a strong history with the horror genre.
- Without the aid of 3D surcharges, 2006's The Texas Chainsaw Massacre: The Beginning opened with $18.51 million.

- Could be viewed as re-starting the franchise too soon after 2006's The Texas Chainsaw Massacre: The Beginning.
- With A Haunted House and Mama also on the January schedule, there will be major competition for horror fans and the potential for front-loading to be even more of a factor than it already would be.

Notable changes on our forecast this week include The Twilight Saga: Breaking Dawn - Part 2 and Rise of the Guardians.

Check out our predictions for this and other upcoming films in the table below.