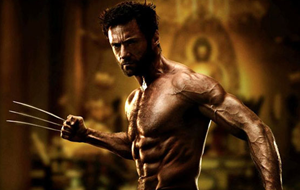 Joining our Long Range Forecast this week is Fox's The Wolverine.

- Will likely have its opening weekend largely to itself, which is rare for the month of July.
- The X-Men brand could be back on the upswing thanks to the solid reception to 2011's X-Men: First Class and building anticipation for next year's X-Men: Days of Future Past.
- Will have the added advantage of being the first X-Men film in 3D.
- Wolverine remains the most noteworthy character of the X-Universe, especially among more casual X-Men fans.
- The second trailer generated plenty of enthusiasm on Facebook and Twitter.

- The largely negative reception to 2009's X-Men Origins: Wolverine could cancel out the positive reception to First Class and then some.
- As was the case with First Class, early marketing and the storyline of The Wolverine may not draw back in more casual fans of the earlier X-Men films.
- Despite his popularity within the X-Universe, the last time we checked Wolverine isn't part of The Avengers.

Notable changes on our forecast this week include The Purge (up), Monsters University (up) and This Is The End (down).

Check out our predictions for The Wolverine and other upcoming films in the table below.