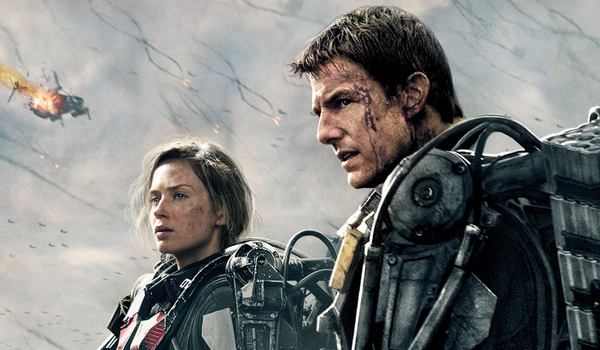 Tom Cruise is back in sci-fi mode with Edge of Tomorrow, a new film from director Doug Liman (The Bourne Identity, Mr. & Mrs. Smith) that Warner Bros. will send out on June 16. Cruise's track record as of late has been hit and miss. Will Edge of Tomorrow connect during a crowded summer season or will it be another disappointment for Cruise? This week BoxOffice takes a closer look at the commercial prospects for Edge of Tomorrow.

- Even though he's had his share of misses lately, Tom Cruise remains one of the most recognizable stars in the world and he's capable of having a hit at any time.
- The film's romantic angle could help entice key female demos.
- We're betting that the Groundhog's Day-style premise combined with an alien invasion will intrigue a lot of sci-fi enthusiasts.

- May is going to be full of such massive hits that there may not be room for Edge of Tomorrow to find its audience.
- 2013's Oblivion--Cruise's last foray into sci-fi--posted an underwhelming $89 million domestic haul. That doesn't bode well for Edge of Tomorrow's chances.

Check out our prediction for Edge of Tomorrow and other films in the table below. Key changes this week include Heaven Is For Real (up), Transcendence (down), Bears (down) and Brick Mansions (up).