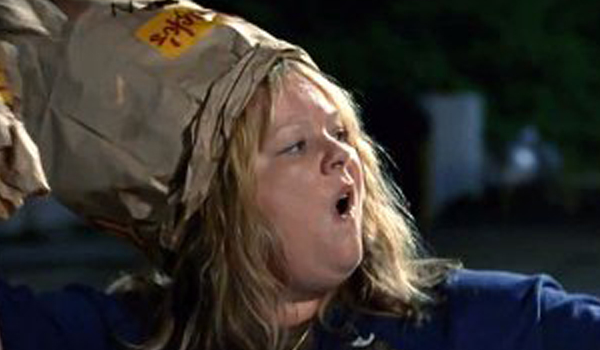 In a summer season full of comedies, Tammy stands out as one of the few aimed predominantly at women--a huge advantage considering that female-skewing comedies have been doing quite well lately. Will Tammy mark another win for star Melissa McCarthy or will it be overshadowed by conventional summer blockbusters? This week we take a closer look at the commercial prospects for Tammy.

- Melissa McCarthy is on a roll after the success of Identity Thief and The Heat in 2013.
- This should serve as solid counter programming to the Transformers: Age of Extinction juggernaut.
- A supporting turn by Susan Surandon adds some prestige to the whole affair.

- The packed comedy slate this summer means that some films may end up underwhelming. Tammy is not immune to that.
- In Identity Thief and The Heat, McCarthy shared screen time with established co-stars. With this project, she's the main draw and we're not ruling out a bit of a tumble as a result.

Check out predictions for these films and others in the table below.