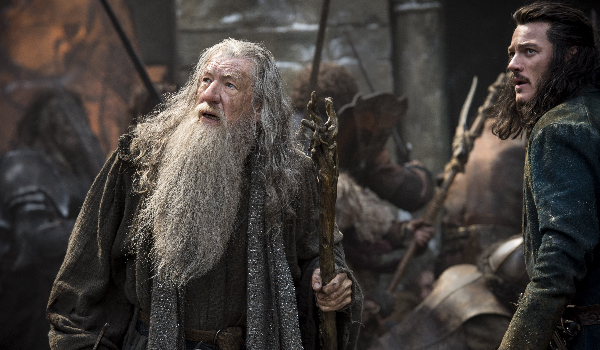 The final film of the Lord of the Rings trilogy opens in the midst of a typically crowded Fall season. Will fans come out in droves for one last trip to Middle Earth or will the hobbits be overshadowed by other tentpole releases? This week BoxOffice takes a closer look at the commercial prospects for the Warner Bros./New Line release.

The Hobbit: The Battle of Five Armies
(Warner Bros./New Line)

- At this point the fan base is well established and a certain turnout can be expected.
- Last films tend to be very successful.
- The last Lord of the Rings film was well received and that goodwill is bound to carry over.

- If Exodus: Gods and Kings overperforms it could end up hurting The Battle of Five Armies.
- There are some strong films aimed at adults opening in late December and that could stifle the film's staying power.