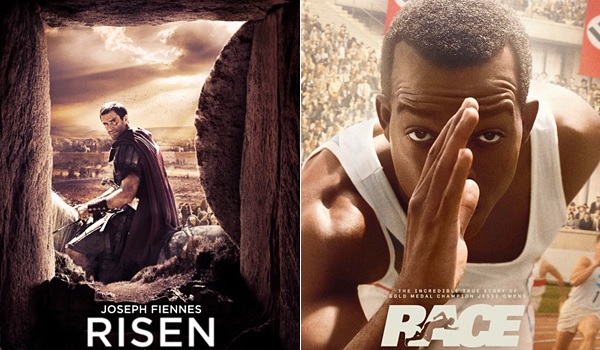 In what looks to be a slower frame coming a week after the traditionally stronger Presidents Day weekend frame, the weekend of February 19 will see the release of Sony's Risen and Focus' Race. BoxOffice feels that Risen will have the advantage between the two films, thanks in part to Sony's strong recent history with faith-based fare. Also opening in wide release on February 19 will be The Weinstein Company's Viral.

- With Easter falling on March 27, Risen could receive a boost from opening during Lent.

- Risen could come across as looking similar to NBC's A.D.: The Bible Continues miniseries from earlier this year, which could limit the film's potential.

- Jesse Owens is one of the most famous athletes of all-time; there is potential for Race to be at least a solid performer from Owens' legacy alone.

- After the success of 42, sports dramas in general have been in a downturn at the box office.

- As is the case with Risen, early online activity levels for Race are soft.

- There will likely be some audience overlap between Risen and Race.