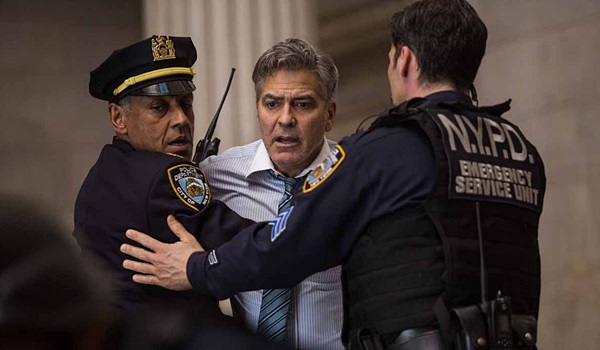 With Disney's Captain America: Civil War sure to still be dominating the box office in its second weekend, not much is expected out of the two currently scheduled wide releases for May 13. Sony's Money Monster, a thriller which stars George Clooney and Julia Roberts and is directed by Jodie Foster, looks to be the more promising of the two May 13 wide releases. Also opening on May 13 is High Top and BH Tilt's The Darkness, a horror film starring Kevin Bacon, which will hope to see a boost from opening on Friday the 13th.

- George Clooney and Julia Roberts should help the film bring in moviegoers. Jodie Foster's presence as director could help as well.

- Thanks in part to the lack of scheduled competition, Money Monster should serve as the primary alternative to Captain America: Civil War over the weekend of May 13.

- Money Monster has been performing modestly on Twitter thus far, while the film's official Facebook page currently has only 8,545 likes.

- Films that deal with the financial world are often tough sells at the box office.