Tom Hanks and Ron Howard have teamed up again for Angels & Demons, which is bound to be a big hit in May. 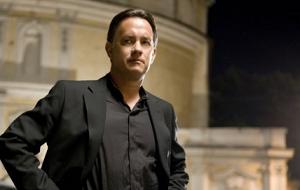 This week, our major addition to the B OXOFFICE.com Weekly Anticipation Index is Angels & Demons, the prequel to 2006's The DaVinci Code.

While A&D certainly won't top either Grinch or Gump it's bound to be a solid box office success for two well-established talents. Even though it's opening the weekend after Star Trek, A&D won't have to worry as much about overlapping audiences since it will appeal to older crowds than Trek. However, after its opening weekend it will face tough opposition from two incredibly strong newcomers the following weekend. Both Terminator Salvation and Night at the Museum: Battle of the Smithsonian will eat away considerably at A&D crowds. Expect the latest Howard/Hanks collaboration to open strong with $68 million, before earning around $170 million before the end of its theatrical run.

We've also added Sony's Obsessed and Lionsgate's The Haunting in Connecticut to the list this week. While neither film will break the bank, they should post some modest numbers.