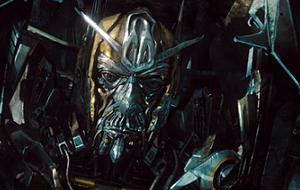 We've added Transformers: Dark of the Moon, Larry Crowne and Monte Carlo to our Long Range Forecast this week. All three films are set to open on July 1.

Transformers: Dark of the Moon is easily one of the summer's biggest sure things. Paramount is doing an excellent job of keeping the film in the minds of moviegoers by releasing the trailers a safe distance apart. Megan Fox's departure from the series may have a small impact, but it won't be anything devastating. If Harry Potter and the Deathly Hallows: Part II wasn't coming out in July, there's no question that Dark of the Moon would be the summer's top earner.

The pairing of Tom Hanks and Julia Roberts in Larry Crowne also makes for a sure thing. Hank's latest directorial effort is the perfect bit of counter-programming against Dark of the Moon.

Monte Carlo represents a big test for star Selena Gomez. Is she really the next Miley Cyrus? Maybe, but we're betting that she'll only be able to deliver numbers closer to The Sisterhood of the Traveling Pants ($9.83 million opening) than Cyrus' The Last Song ($16 million debut).